The drive up Mynydd Eppynt is a little daunting. The narrow road, hairpin bends and wayward sheep, all focus the mind. This would probably make an exciting race track and I imagine how the Caterham I owned thirty years ago would fair. Fantastic I’m sure. Today though, my land rover is not accustomed to such mental agility and even if this is one of the best off-road vehicles available, I’m determined not to test that claim here.

I’m also aware of the frequent artillery range signs and red warning flags. I imagine some snotty nosed trainee gunner tracking me in his sights with the latest hi tech kit, itching to pull the “trigger”!  He doesn’t, of course.

My last visit to the Irfon ended in a wash off – nothing could have persuaded me into the river that day. By contrast, today is grey and mild for the date, with a little on and off drizzle. The water is fairly low and running clear. I fully expect to spend the day euro nymphing but conditions suggest otherwise and I opt for the duo to give me a little more distance. I have my 9ft 6″ Hanak that will manage a fly line and the french leader if I want it.

I walk to the downstream limit and realise with the water this low there are really only a handful of pools that will likely hold grayling. Long stretches are no more than ankle deep, clear and with a distinct lack of fish. 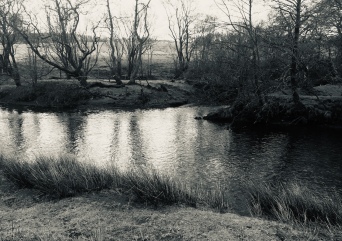 I prospect the first few ‘fishy’ seams and have to change the depth and weight of the nymph several times. I’m fishing well (for me) but I’m lacking the confidence that the grayling are in this quicker water. At the first more obvious pool I take a break, eat an apple and plot my line of attack.

It’s not obvious. I think the grayling will be just out of the main current and somewhere before the back eddy, so I’ll have to cross over and clamber around a fallen tree.

I wade out, slightly further than I’m comfortable, and try to cover the water. It’s the third or fourth cast when I get a take at the end of the drift. A pristine grayling of about a pound. The pool is at least 6ft deep and my nymph is hitting the bottom.

I catch three in this pool before all goes quiet. The next pool is also productive and another three similar grayling come to hand. On this beat there is plenty of room for casting, however the the wind picks up and as I round the next bend it’s hard in my face. Time for lunch.

Over the next hour I manage three more grayling, two from an eddy where the bank falls away and one from some faster water at the head of a longer glide. They are all the same size and I see only one larger fish. When I peer over the bank like a beginner, I succeed in spooking the fish and it bolts downstream. I make a mental note that surprisingly, I’ve no interest from an OOS trout in four hours of fishing.

I’ve not been out for a while, so I’m pleased with nine grayling from a river I don’t know. The Irfon probably plays second fiddle to it’s big brother the Wye, but she is beautiful and well worth a visit. I will definitely return for the grayling, ideally when a little more water is flowing. I’ll also do a little research to see how the trout show later in the year.

Back at the car I’m shocked to see that I have a phone signal – probably only happens one in ten trips where I fish. I discover it’s tuna steak for dinner. Apparently, in our house I’m the “best at cooking fish” which I have learned is code for “you’re doing dinner”! After a day on the river and a ninety minute drive my reward will be slaving away in the kitchen. Wouldn’t have it any other way. 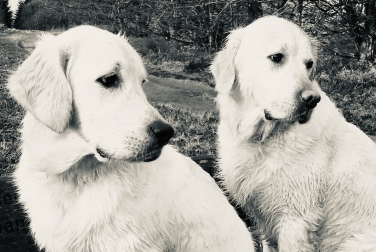